Who Does “An Evil Person” Refer To? 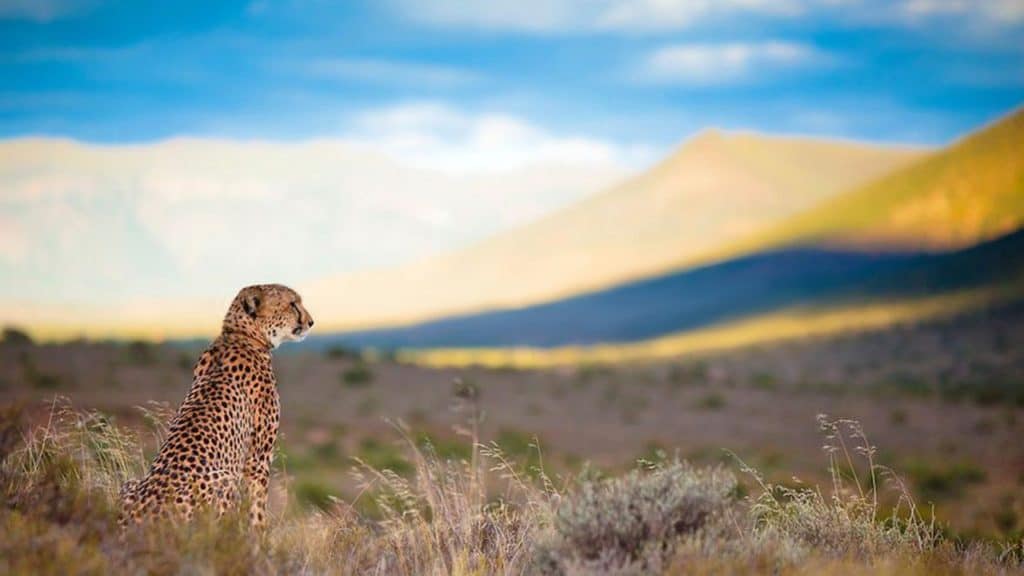 Do you like the TV shows about animals like “Animal Planet”?  My family and I like animals and often enjoy watching shows about them.  Among us, my daughter especially appreciates animals and her favorite is the fastest land mammal, the cheetah.  Unfortunately, the cheetah lives in the wild and seems to be endangered now.  Due to poor conditions such as the destruction of its habitat, poaching, low fertility and their natural enemy, the hyena, the probability of cheetah cubs surviving to adulthood is only around five percent.

Because we watch these TV programs knowing these animals are living under challenging conditions, we are moved when we watch the mother cheetah desperately chasing the impala in order to feed her cubs.  The scenes of the cheetah family trying to survive on their own, with the brave mother instinctively fighting to protect her babies, will always make an impression on anyone who watches these documentaries.

But if we were to watch the same program from the animal’s viewpoint, our attachment to its family or group and sympathy for its plight deepens.  When we put ourselves in its place, we have a tendency to see the world as the animal does.  So if we imagine ourselves in the impala’s place, he is “the good guy” and his natural enemy, the cheetah, is “the bad guy.”  Although there are many examples of this in nature—penguin and seal, seal and killer whale, and so on—how can it be that we can judge good or evil?  Each creature has the right to live and the right to hunt.  When we look at a situation, it is far from easy for us ordinary people to judge whether it is good or bad.

We can say the same about our daily lives.  We each have a tendency to judge those around us, thinking, “He is a good person” or “He is a bad person.”  But I wonder if we can really know the true right and wrong?

When I was a university student, my teacher told us a meaningful story that I would like to share with you.  There used to be a famous novelist in Japan named Ogai Mori, who wrote a short story called “Takase Bune,” which means, “A Boat on Takase River.”  The Takase River is a famous river that flows alongside Kamo River in Kyoto.

During the Edo period, Takase River was the route used to send criminals to Osaka where they would be banished to an island.  The story is about a prisoner on the Takase Boat who confides in an officer while going down the Takase River.

This 30-year-old prisoner named Kisuke had lived with his younger brother who suffered from a serious illness.  One day when Kisuke came home, he found his brother covered with blood.  His poor brother had tried to commit suicide by sticking a razor into his own throat to escape the pain of his illness.  However, he hadn’t succeeded in killing himself and was suffering terribly.  So the brother asked Kisuke to pull the razor out of his throat because doing so would allow him to die.

Although Kisuke felt fear at his brother’s terrible demand, he resolved to do as he was asked.  And thus, his brother died.  This was what Kisuke told the officer on the boat which was moving along the dark surface of the water, on the night with a hazy moon.

My teacher then asked us a question: “Can we call Kisuke an evil person?”  It is an extremely difficult question.  Kisuke couldn’t bear to see his brother suffering, so he granted his brother’s wish to save him from further pain.  However, the fact remains that by doing so, he committed the crime of killing his brother.

There are many situations like this where, from one vantage, an act is accepted as admirable, but from another the same act is seen as wrong.  It is possible that in any situation, one’s joy is the cause of pain to another person.  The action or thing that is bad for us may be good for our neighbor.

Then what exactly is “an evil person” in our Jodo Shinshu tradition?  Shinran Shonin used this phrase to describe self-centered individuals who make judgments as if they know everything.  It is a person who is quick to expose and criticize others, unconsciously making himself a model of good behavior, but who brushes aside his own shortcomings.  Then who is this “evil person”?  We need to consider this question carefully.

Shinran says in his writing, “Shoshin-Ge”:  “The Buddha’s great compassion is untiring and shines on me constantly.”  In other words, Amida Buddha’s unconditional compassion and ultimate wish, which cannot help but embrace those who are self-centered, is always directed at and shining on each one of us.

Be Aware of Ourselves As Evil Or Imperfect

In Jodo Shinshu tradition, it is very important for us to be aware of ourselves as evil or imperfect in the true light of Buddha’s wisdom.  Those who are sincerely grateful for Buddha’s Primal Vow and who can truly acknowledge themselves as fools are the ones who will be able to experience the world of awakening where we will see our faults and shortcomings…and apologize to and respect one another so that we can make others’ lives shine.  In spite of our essential evil nature, this deep awareness is possible because of Amida Buddha’s inconceivable power that leads us to a place where we can reflect deeply on our own self-centeredness and rejoice in Buddha’s great compassion that will never abandon us.

I sincerely hope that each of us will always remain humble.