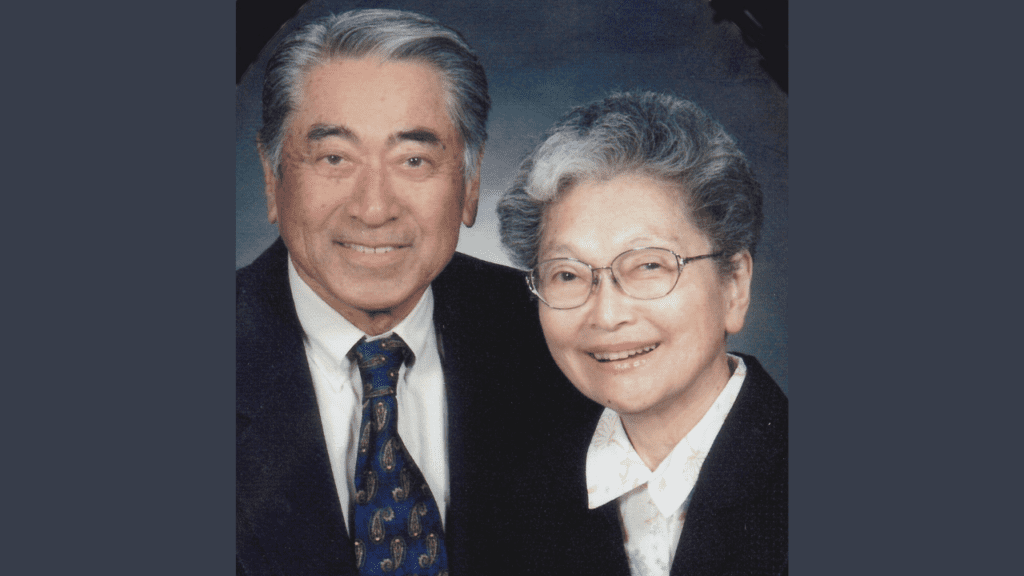 This article was originally published in the Wheel of Dharma in 2010.

As a novice Mountain View Buddhist Temple Board Member, I would marvel at the reduction of the general din of the meeting when Hiroji would entertain his opinion on the subject at hand.  It was like the old TV commercial, “When E.F. Hutton speaks, people listen.”  What was it about this man that made other Board members stop and really listen?  Sure, he was always soft spoken and gracious as are most of our Temple members, and he was most often humorous yet sincere in his style of speaking.  However, he would unassumingly command the respect of all whenever he spoke.  As I have learned, this was something he earned.

Hiroji has been a family friend since before I was born.  He has, in fact, remarked to me that he still remembers that day.  Although I, of course, do not, I remember my parents always speaking very kindly of the Kariyas even during my childhood.  My father would say Hiroji was one of the “good guys” and coming from my dad, that meant something special.  From listening to my parents, relatives, Hiroji’s friends and other Mountain View Buddhist Temple members, I have learned why he is so respected by his generation. His efforts and accomplishments in the advancement of Buddhism should not go unnoticed by the next.

Early on Hiroji had been a long-time member of the Tri-City Association, a renowned post-war Bay Area community service organization.  In 1963, Hiroji helped found the Tri-City Youth Group, a highly popular, youth oriented, instructional sports subsidiary that helps prepare our kids to adjust socially and athletically in a competitive world.

Hiroji originally belonged to the East Palo Alto Buddhist Church and helped organize their Young Adult Buddhist Association (YABA) group in the mid-1950’s.  In 1961, Hiroji joined the Mountain View Buddhist Temple and was soon elected to the Board of Directors.  He served as their Temple President four different times between 1966 and 1971.

In order to get more recognition for the Temple in the community, Hiroji joined the Mountain View Rotary Club in 1973 and has served on their Board as Secretary.   He has acted as the unofficial “liaison” to the Japanese community ever since by translating, educating and sharing the traditions and customs of not only Buddhists, but Japanese people in general to the various denominations and different cultures of other curious Rotarians.  He had been asked on more than one occasion to serve as Rotary Club President, but had declined due to his commitments to the BCA at the time.

In 1974, Hiroji served as BCA President.  He says that was a good year to be president because the entire year was mostly focused on the planning of the BCA’s 75th Anniversary celebration.  Hiroji served as the first Campaign BCA Chairman in 1983, continuing for ten years and raising a principal endowment that remains the same, even today.  Fundraising seems to be among his greatest gifts

Hiroji helped raise funds even in the early 1960’s, during the transformation of the Buddhist Studies Center in Berkeley into a graduate school and seminary known currently as the Institute of Buddhist Studies (IBS).  By the mid-80’s, the institute was accepted as an affiliate member of the Graduate Theological Union (GTU) in Berkeley, becoming the North American affiliate of Ryukoku University of Kyoto.  The IBS propagates all the aspects of ministerial training that Hiroji endears.  It teaches the Buddha Dharma to young students entering the ministry and is the only accredited educational institution outside of Japan recognized by Honpa Hongwanji as qualified to train Jodo Shinshu ministers.

Hiroji has been serving as the Chairman of the Board of Trustees of the IBS for the past ten years.  It has become his primary focus and passion. He recently spoke to me reiterating the importance of the IBS to Buddhism in America.  He said, “Jodo Shinshu is just one way of looking at Buddhism in America, but it might be the most important one.”

In a recent publication by the Sanyo-Kai, Hiroji has expounded the values of the IBS as a big factor in strengthening the future of Jodo Shinshu as a major religious tradition in the United States.  The Sanyo-Kai is an elite philanthropic organization in Japan.  There are only about 200 prominent Japanese members in the Sanyo-Kai, including the Chairman of the Boards of Honda Motors and Matsushita Electric in the past.  The only accepted member outside of Japan is Hiroji.

A chrysanthemum grower by trade, Hiroji has been happily married to his wife,Yasuko since 1949.  They have four children, two boys and two girls, and his favorite hobby is golf.

When I asked Hiroji to describe himself to me in a word, he replied, “lucky.”  I thought of other words to describe him:  generous, dedicated, energetic, responsible, gracious, modest and funny, among others.  He recently revealed to me that, when he was fortunate to retire from flower growing in 1979 at the age of 56, he ever-so-briefly entertained the thought of becoming a Buddhist minister himself.  He quickly changed his mind, however, deciding that he could better serve Buddhism through his leadership skills, generosity and general efforts as a lay person.

The many generations comprising the BCA and its members are the “lucky” ones to have the devotion, the support and the friendship of Hiroji Kariya.

Hiroji Kariya was given an Honorary Doctorate from the Institute of Buddhist Studies in February 2009.