The Spirit of “No Side” 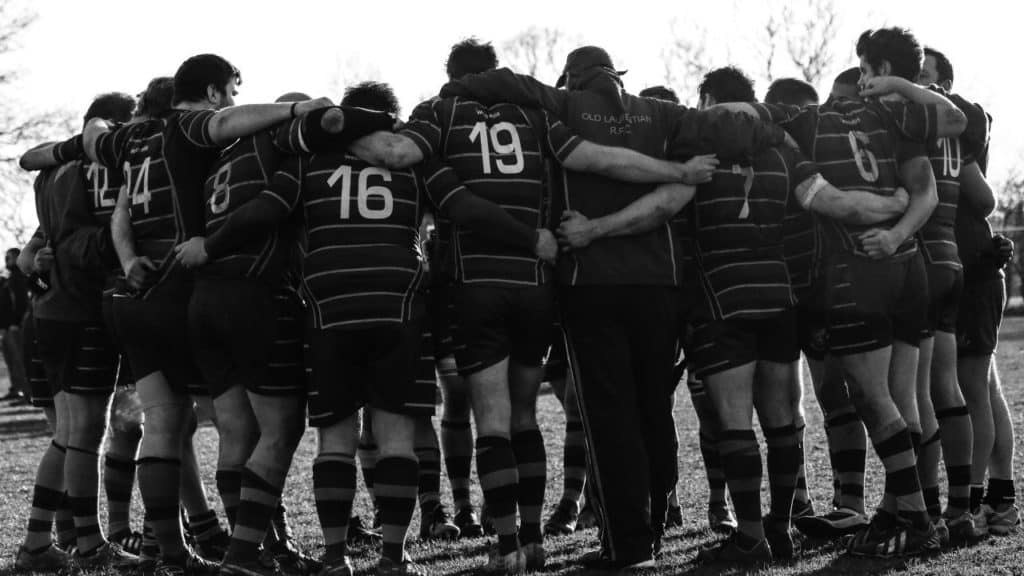 The U.S. Presidential campaign, which attracted a great deal of attention worldwide, finally ended on election day last November.  Due to the COVID-19 pandemic, this election’s issues included a record number of mailed-in ballots, technical problems, confusion at some polling places because of lack of workers, and other unusual circumstances.  For these reasons, it took longer than normal to total the votes in some states, so all the results could not be determined for several days.  It was an unprecedented situation.  I know that many people rejoiced in the end results while others were deeply disappointed.  But whichever candidate we supported, we each have the same hope, and that is for prosperity and peace of the U.S. and the happiness of its citizens.  All those who live in this country wish for a better and more harmonious society.

Certainly, America remains divided on many social issues.  Discord arises on topics like religious conflicts, disability discrimination, the migrant and refugee crisis, and BLM and LGBTQ concerns, among others.  Those whose values differ on these topics are often in conflict.  Unfortunately, from what we have witnessed in the news, the sad reality is that those on opposite sides sometimes abuse and even use violence against one other in public.

During this recent socio-political chaos, the ones who are being affected most painfully are the children.  There are too many young people who are anxious and fearful about discrimination and violence.  They don’t see hope in America’s future.  Now that the election is over, we should try to respect and accept the differences we have with others.  We must realize how important it is for each of us to recognize one’s social identity and to protect human rights.  This is how we can create a society that is kind and thoughtful.  I believe this mindset is the only way to unite, not divide, this nation.

Rugby World Cup:  ”No Side”

Last year, the Rugby World Cup was hosted by Japan and it was a great success.  Football is far more popular in the U.S., but rugby has one aspect superior to other team sports.  It is the spirit of “No Side.”

Rugby is very physical with lots of collision plays.  Well-conditioned bodies come in contact repeatedly, and sometimes players get into fist fights.  During the game, each team plays fiercely trying to beat its opponent.  But once the game is over, there is “No Side” of winners or losers.  No matter how fiercely the game was played, once it is finished, all players step away from the concept of their team versus another team.  They only have praise for one another for their hard work.  By showing this spirit, all the players can respectfully deepen their friendships.

This is the wonderful tradition of No Side and is the most attractive aspect of rugby.

Buddhism:  Middle Way & No Side

In Buddhism, we have the teaching of the Middle Way, which shows how important it is to practice right mind which doesn’t cling too hard to either side of extremes.  This right mind has something in common with the spirit of “No Side.”  We should practice this spirit in our daily lives.  For example, during the presidential campaign, we probably enthusiastically supported one political party.  And because of the differences in our values, we may have argued with someone who supported another party.  But now that the election is over, we should respect and accept one another regardless of any principles that we may still not share with others.  Even if we are upset with or even hate that person, we shouldn’t dwell on our differences, but just try to let them go.  Do not give into hatred.  Hatred can never create anything constructive.

In Buddhism, there is a phrase, onshin byodo, which means not to discriminate between hate and love.  It means that all those we love or hate should be regarded as equals without exception.  It describes a state that is beyond love and hatred.  It actually describes the state of the Buddha’s enlightenment and is an important teaching that makes us realize the importance of seeing everyone as equals without discrimination or bias.  We tend to see all things in duality: friend versus enemy, or justice versus injustice, and so on.  But Amida Buddha’s compassionate mind embraces all people equally with no exceptions.

Of course, it is really hard for us, ordinary people to develop this mindset.  But if we try to calm our hatred against others and come to a compromise with them in some way, we should be able to accept them as fellow humans.

“No Side” Teaches “Middle Path”

The spirit of “No Side” is the right path to encourage the entire nation to stand together in harmony.  This is how we can get beyond the barriers between races, religions, cultures, and everything else.  This is a world filled with kindness and respect and without discrimination or hatred.

Regardless of which political party assumed power, if we firmly hold this spirit of “No Side” or the “Middle Way,” we can create a safe and comfortable community in which each of us still respects another’s values and protects another’s civil rights.  This shows us how to realize “the empathic world,” meaning “When you are in pain, I am also in pain; when you are happy, I am also happy.”  It refers to the world of Nembutsu filled with kindness, respect and gratitude.

This spirit of “No Side” is the teaching of the Middle Way, the basis of Buddhism that encourages us not to be too attached to either side of extremes.  It shows us how important and precious the way of life is that treats others, as well as ourselves, with respect.

Now that the election is over and because we all desire solidarity and harmony for the U.S., I sincerely hope that each of us will try to demonstrate the spirit of “No Side.”  Especially with its promise to fearful children everywhere that by truly respecting one another, we can create a kind and hopeful society to unite, not divide, this nation.