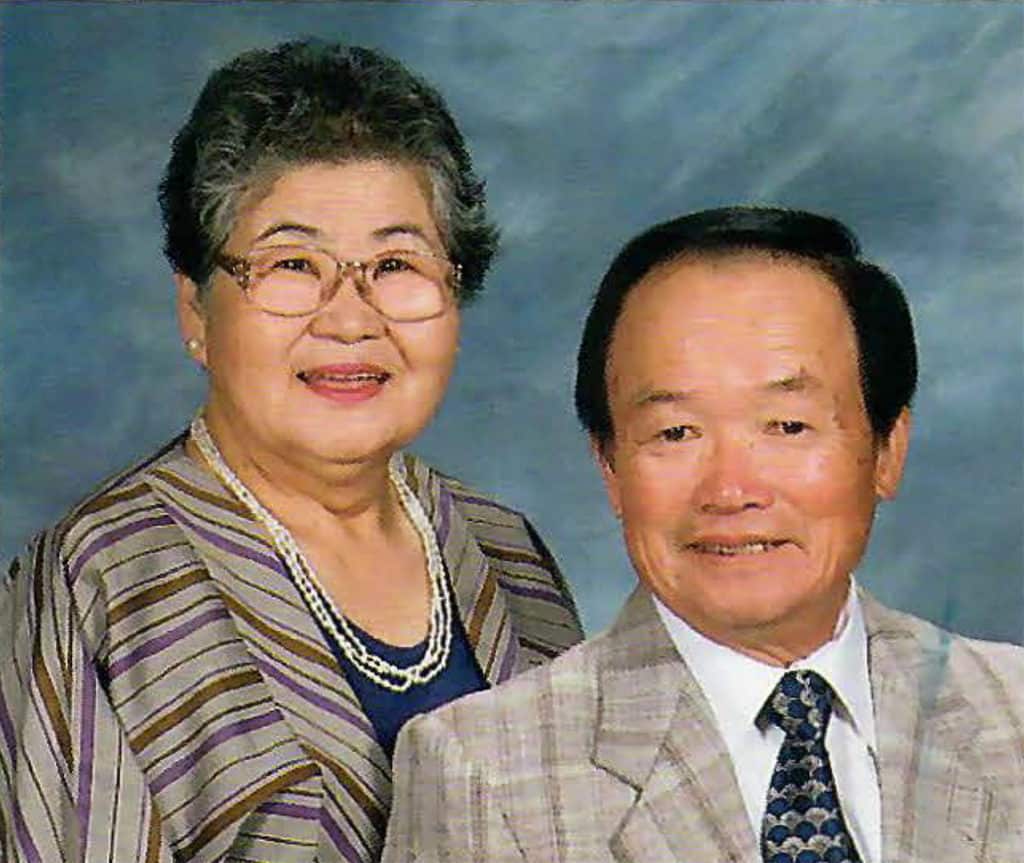 Shigeru and Kazuko Tashiro are long-time members of the Mountain View Buddhist Temple and are familiar faces to the Sangha.

Shigeru was born October 5, 1935, in Satsuma, Sendai-shi, Kagoshima-ken, Japan. His father was a Japanese roof tiles craftsman (“shakan”), and the family did some farming. Shigeru emigrated to California in 1961, sponsored by the Kitayama Nursery in Union City. He later became a landscape gardener.

Kazuko (Harada) was born on December 12, 1940, in San Francisco. Her parents ran a coffee shop in San Francisco J-town. The family was interned at Tule Lake Internment Camp during World War II. After the war, they returned to Fukuoka, Japan, to be with relatives. At age 20, Kazuko returned by herself to California and lived with her aunt and uncle in Oakland.

While onboard the SS President Wilson passenger ship traveling from Japan to California, Shigeru and Kazuko met and became friends. They arrived in San Francisco on March 24, 1961, and married on January 10, 1963, in Reno, NV. In January 2021, they celebrated their 58th wedding anniversary! They have three children: Margaret, John and Steven.

Shigeru’s home temple in Japan is Jodoshinshu. One year during Obon, he had a conversation with retired Rev. Zukei Taniguchi of the Alameda Buddhist Temple. Much to his surprise, Shigeru learned that the resident minister in his hometown was a student of Rev. Taniguchi.

The Tashiros had several friends from Japan who had joined the MVBT, so they soon followed suit. They recall Kenichi Nakano (Ken Nakano’s father) who was a “shigin” (Japanese poetry singing) instructor. Mr. Nakano talked to them about the Temple (“otera no koto oshietekureta”) and invited them to join. That was over 55 years ago.

Like many Japanese immigrants in America, they found fellowship through cultural interests such as shigin, bonsai, “suiseki” (stone appreciation viewing), and joined the Kagoshima “Kenjinkai” (association of immigrants and their descendants sharing roots in the same prefecture in Japan). They were active leaders of the Northern California Shodokai Shigin and represented the MVBT chapter for many years with Shigeru as an instructor.

With their rich singing voices, Shigeru and Kazuko are well known around the Bay Area Japanese music scene. Shigeru has been a lead singer for the San Jose Chidori Band for many years. He has performed with them at events and annual Obon Odori in the greater Bay Area for almost 60 years. What would MVBT Obon be without a performance of the Chidori Band with Shigeru-san?

The Tashiros recall with fondness their times at MVBT, including witnessing the building of the Hondo (“hondo dekita”) and Sangha Hall. A supportive member of BWA, Kazuko was often consulted for traditional Japanese food recipes and enjoyed attending conferences. They are encouraged that Obon Odori continues to be a popular feature of the Temple’s Annual Bazaar, stating this is “hitsuyo, yamete ikenai” (invaluable, should not be stopped).