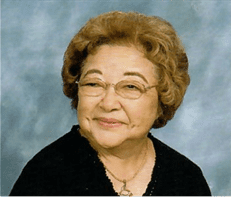 Miyoko (known to friends as Miyo) Nakao Takegami has been an active member of the Mountain View Buddhist Temple Sangha for decades, but her life began in Hawaii.

Miyo’s parents, Shintaro and Natsu Nakao, ran a tailor shop in Kona, Hawaii.  Her father was the tailor and her mother was a dressmaker.  The family lived in the back of the shop where Miyo was born in 1934.  She was the middle of seven children – four boys and three girls.  The family attended services at the Kona Hongwanji.  Miyo also joined the YBA and was a Dharma School instructor at age 16.

Life was busy for the Nakao family.  Balancing school schedules with farm needs, each November through March, the Nakao children harvested the red fruit of the coffee plants.  Most of the coffee known as “Kona” was grown primarily on these small family-owned farms.

Growing up, Miyo’s favorite pastime was reading.  Her best subject was English, especially extemporaneous writing.  When she moved away, she wrote copious letters to her mother who complained of the “novels” she had to read.  The day after her high school graduation in 1952, Miyo flew to Honolulu to begin studies at the University of Hawaii for a teaching degree.  It was a five-year program (the fifth year was student teaching) and while her parents managed to pay the $100 tuition per semester, Miyo covered other expenses such as room and board, working for a family.  She graduated in 1956.

David Takegami was born in 1934, in Aiea, Oahu.  He had one sister and the family operated Fukuya, a Japanese cuisine delicatessen and catering business in Honolulu.  After high school, in 1952, David moved to California to attend Santa Rosa Jr. College and afterwards studied at San Francisco State College.  Heeding his parents’ call, David returned home to help their business.  Miyo was a student teacher at Palolo School in Honolulu when a classmate from Kona introduced her to David.  Over time, Miyo noticed David’s quiet manners, thoughtfulness and devotion to his parents.

Marriage and Moving to the Mainland

Miyo and David married in 1957. Soon after, the couple started their family with Darren born in 1958 followed by Darci and Donna in Honolulu.

On July 1,1967, Dave and Miyo’s family, along with his parents, moved to Mountain View.  Dave’s mother, Mildred was at last, living closer to her sisters Myrtle Miyahara and Bessie Hayashida.

Miyo gratefully recalled the people they met at the Mountain View Buddhist Temple.  Miyo says, “Aggie Hirotsu is a role model for me as she had an ‘open arms’ style welcome — so giving and uncomplaining.  She would encourage me to go places and sat with us in the Hondo.  We became good friends.”

Miyo also remembers that “Amy Imai was very influential and she taught me a lot — the Senior Activities Group and Otoki Committee — that definitely made me want to do all I could for our Temple.  I wanted to follow her example of unselfishness, efficiency and hard work in whatever tasks were undertaken.”

Sam Sugimoto, who was an avid fisherman, introduced Dave to his favorite fishing spots and, with a few Temple friends, invited Dave and Miyo to their cabin for fishing at Huntington Lake.  For family recreation, the Takegamis drove to Bay Area fishing holes, such as at San Luis Reservoir for stripers and sometimes traveled to the Klamath River for perch and/or salmon.  The family took their camper to see and fish in Canada.

Dave’s parents became acquainted with Mas Nakano, and in 1968 they joined MVBT. They were asked to open a Tempura Booth at the Obon Festivl and Bazaar.  In later Bazaars, Dave set up the French Fries and Corndog Booths.

In 1977 their youngest son, Derek joined the MVBT Cub Pack 87 as well as Tri-City Association.  In 1981, Miyo and Aggie Hirotsu became den mothers. Miyo and Dave also joined MVBT ABA and Dave served as a President for one term.

Dave and Sets Kuboyama would set up ABA’s annual luau in the back of the Temple campus, digging a hole in the ground to fit the pig.

Work and Then Retirement

After 33 years at Hewlett Packard, Dave retired as facilities manager, then joined a friend’s startup company, In Solutions.  Miyo kept busy as an administrative assistant at Hewlett Packard for 11 years and later as a deli and formal clerk at Safeway.

David and Miyo enjoyed traveling.  In 1999, they went to China and also attended a cruise to Mexico.  In March 2001, the couple joined Sam and Aiko Sugimoto to visit Florida.  Upon their return, David was hospitalized and succumbed to a coma.  Sadly, after 16 days, David passed to the other shore.

After losing Dave, Miyo adopted Chewy in May.  He was her solace during this difficult time of grieving.  Chewy, in return, rewarded her with 19 years of unselfish love and companionship until the ravages of old age finally took him.  Miyo shall be forever grateful for the years he was with her and Miyo shall forever cherish and remember him fondly.

Rev. Dean Koyama, in 2003, began the Oasaji meetings to fulfill member requests.  Miyo and Mildred Takegami joined since they enjoyed chanting.  In 2009, Miyo and Aggie joined the BWA and Miyo became their corresponding secretary.

Miyo’s infectious laughter, spirit of kindness, hard work and generosity have been shining examples of her devotion to her family and MVBT.

The Senior Memories Committee and the MVBT Sangha wish her a safe and healthy 2022.