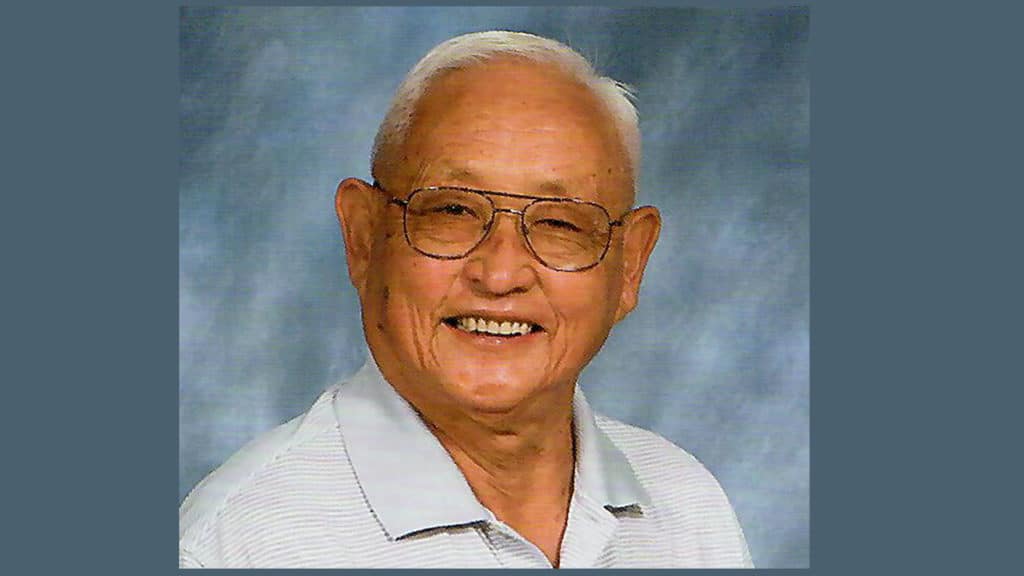 Jim Shidawara has always been an important part of not just the Mountain View Temple Sangha, but also in the local community. Jim has lived in the same home in Los Altos for over 60 years and prior to that he resided in San Francisco and Marysville (where he was born on April 23, 1929).

In his early life, Jim already established himself as a hard-working individual. After facing internment camp in Topaz, Utah, he returned to San Francisco with his family. When Jim’s father passed away suddenly, he found himself working his way through high school as a houseboy to support himself. After high school, he enlisted in the United States Navy where he served for four years. Recently, Jim was honored at a San Jose Giants game and threw out the ceremonial first pitch for his loyal service to our country. Jim was married to his late wife, Betty Shidawara, and they had two children Tami Shidawara-Vazquez and Clifford Shidawara. He has 5 grandchildren: Logan, Grant, Chelsea, Ricardo and Mateo.

His career eventually took him to Pan Am Airlines where he worked as a mechanic. After nearly a decade there, he became an early pioneer in the emerging technology sector. Jim worked at Varian Associates, which was one of the first high-tech companies in the Silicon Valley, for 37 years. He specialized in research and development of thin-film silicon technology. Even with his busy work schedule, he found time to help his community.

Sterling Makashima fondly recalls, “Jimmy, like many of the nursery folks, were really handy with his hands. Jimmy and many others all helped the Temple develop through the years. So these Temple pioneers like Jimmy, are and were, the foundation of MVBT. I’ve learned so much from Jimmy’s knowledge and experience at the Temple. Jimmy is a true friend, who would do anything to help you out, he has helped me out in many emergencies.”

Jim was a lifelong Buddhist, so when his friends, Tad Horino and Tom Furuichi, asked him to join MVBT, he became one of the early members of our Sangha. As a close friend to the Los Altos Nursery, Jim recalls fondly, “I didn’t know too much about gardening at the time, but during the weekends when things were crazy busy, I helped out in any way that I could.” Tyler Furuichi adds, “(Jim) was a hard worker and always willing to lend a helping hand. Great handyman and can fix almost anything.”

Gary Yamamoto, current President of the Nichiyo Golf Club (where Jim is the most distinguished member) details, “I met Jimmy playing slow pitch softball with Los Altos Nursery. Never could figure out how old he was because he always had silver gray/white hair. Also, couldn’t figure out whose uncle he really was because everyone called him Uncle Jimmy. He was always smiling and always having a good time.”

Over the years, Jim has been an important pillar for the MVBT community. When asked about his best memories of the Temple, Jim exclaims, “The Bazaar is definitely one of my favorites. It is a bummer we could not have it last year. The Bazaar is a great time to reconnect with everyone. Back in the day, we used to construct the booths using just 2×4’s and screws. Every year we would reuse the same holes so we didn’t have to buy new lumber. It was definitely old school construction. During Obon, I usually worked in the beer booth with Shig Tachibana and George Ishimaru and, by the end of the night, we were having a great time!!! ”

In speaking with his friends, the ‘Spirit of Dana’ is very evident in the many recollections:

I asked Jim recently what his secret was to keeping so fit in to his 90’s. He mentioned, “I eat well, sleep well, don’t drink and always stay active. I am not afraid of hard work, so maybe that has something to do with it.” One interesting note about Jimmy was that he was once part of a famous local fishing group called Peninsula Fishing Club that was around since the 60’s. At an estate sale a few years ago, Tami discovered an old trophy board for Striped Bass with Jimmy’s name on it. In addition to the bass, he is said to have hooked up one of the largest King Salmon in the club weighing over 60 lbs.

We are thankful for all Jim is continuing to do for the Sangha and community. I can see why so many people refer to Jim as Uncle Jimmy, he is like family to so many of his friends.