Once Grasped, One Is Never Abandoned 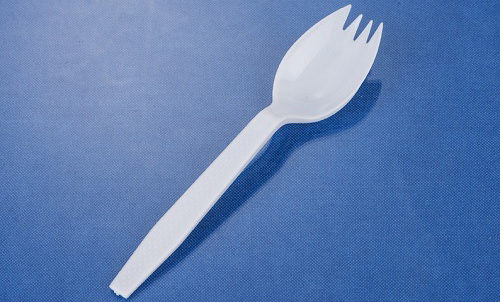 The Coast District Young Buddhist League Conference will be held this month. We will have the conference online this year due to the COVID pandemic. We have held our conference planning meeting online every month to discuss how we can provide the meaningful workshops online to all the participants under restricted circumstances. The youth members have done their best with a great sense of responsibility and untiring effort without complaints no matter what unfavorable situation they are in. I am very impressed by how they are meeting this challenge.

The theme of this year’s conference is, “You’ve Got A Friend in Me.” This is the song from the Disney/Pixar movie, Toy Story 4. We believe that this theme will show how important it is to overcome the issue of social isolation aggravated by the pandemic by being able to feel the connection to our friends.

When the theme was decided last year, I watched this movie with my family at home. We really enjoyed it and what impressed me most was Woody’s deep friendship with Forky.

Forky is Bonnie’s favorite toy that she herself created. However, Forky only recognized himself as trash because he was made from a disposable spork and other things like a pipe cleaner and a popsicle stick. Because of this, he would repeatedly dive into a garbage can. Woody couldn’t stand such unbelievable behavior and always saved Forky from the garbage can. But whenever Woody took his eyes off him, Forky would dive into the garbage can again, screaming, “I am a trash!” as if he were denying his own value. Although Forky did this many times, Woody never abandoned him and continued to encourage him to realize his own worth as a toy that Bonnie needs and treasures and who deserves to be with her. No matter how many times Forky ran away from Woody, Woody chased him without tiring.

There is an interesting story about this benefit told of Shoma, who is revered by Nembutsu followers as a myokonin, or superior Nembutsu follower. One day, a certain temple’s resident minister asked Shoma, “You know Amida Buddha’s benefit of being grasped and never to be abandoned, don’t you? So show me what this working looks like.” Shoma suddenly stood up and opened his arms wide, screaming, “It looks like this!” And then he jumped at the minister. The minister was surprised at this sudden behavior, thinking that this difficult question had made Shoma lose self-control. So he got up and ran away from Shoma, who relentlessly chased him with his arms held wide open. Wherever on the temple grounds the minister ran to escape him, Shoma pursued him relentlessly. The minister felt so frightened of Shoma that he finally hid in a small, dark room in the inner part of the Hondo. Feeling deeply regretful, he thought, “Well, I shouldn’t have asked Shoma such a difficult question…”

We are foolish beings full of blind passions. When things don’t turn out as we desire or when unfavorable things happen to us, we tend to be easily upset and view the world negatively. And when we are unable to show more of our ability than we wanted, or when we couldn’t meet somebody’s expectation, we can only see the negative side of ourselves that makes us lose self-confidence. When these unpleasant things occur, we tend to dislike ourselves and may even think things like, “I don’t care because my life is trash!”

But even if we are at a point where we see our lives as worthless as trash and question why we even exist, Amida Buddha will never abandon us, but instead embrace us firmly in the light of compassion. Even if we cannot say the Nembutsu in gratitude because we are delusional or because we continue to escape from Amida Buddha’s grasp as if we had disappointed him, Amida Buddha will without fail run after us and embrace us. And once grasped, we are never abandoned.

Don’t you think that Woody’s friendship with Forky has something in common with Amida Buddha’s great working? Woody saved Forky from the garbage can many times. And he continued to encourage Forky to see his own value as a toy that Bonnie loved and needed.

As we go through life, it is very important to have a friend like Woody. Such a deep friendship gives us the courage and hope to move forward to face any hardships. A good friend like Woody is our spiritual support just like Amida Buddha’s deep compassion. Because of this spiritual support, we are able to find value in ourselves and overcome any difficulties with strength and confidence.

There is a saying by Sakyamuni Buddha in the Larger Sutra, which goes: “The one who hears and never forgets this Dharma, but sees and reveres it and greatly rejoices in attaining it—that person is my true friend.” Buddha means that we who sincerely embrace the Nembutsu teaching are his true friends. He also shows us that we who live with the Nembutsu, being illumined by Amida Buddha’s compassion, are all precious Dharma friends. Under Amida Buddha’s benefit of “being grasped, never to be abandoned,” we should each feel deep gratitude for the life we lead, firmly embraced by Sakyamuni Buddha and our many Dharma friends. Sakyamuni Buddha is always with us, saying, “You’ve got a friend in me!” This is a deeply reassuring message during this ongoing period of social separation for our own health and safety.

I would like all the youth members to be fully aware that they are always embraced by the working of Amida Buddha’s benefit of “being grasped, never to be abandoned” as in the voice of Sakyamuni Buddha calling, “My friend!” I sincerely hope that these young people, together with their precious Dharma friends, and with great peace of mind, will make this year’s CDYBL Conference a meaningful and valuable experience.