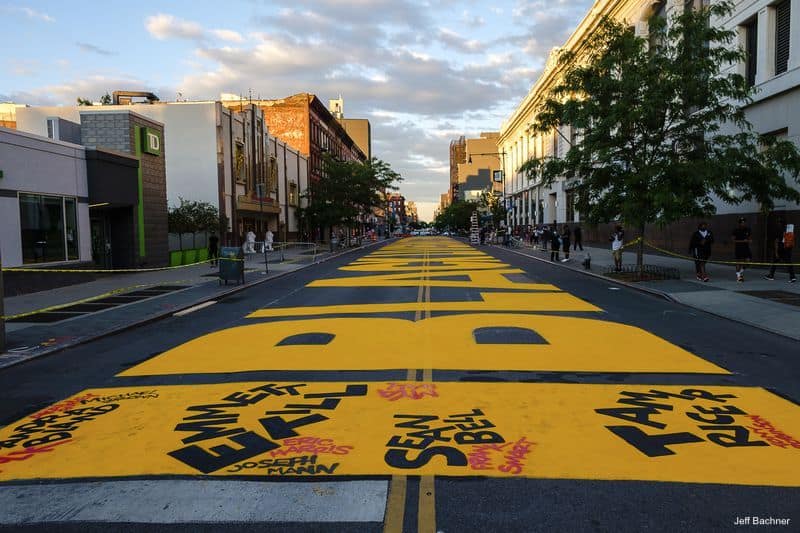 My family is really appreciative of the great kindness, help and support you have given us in the past year.  We humbly hope to avail ourselves of your warm friendship and continued support again in the coming year.

2020 was a very unique and challenging year.  We faced the unprecedented situation of the COVID-19 pandemic, many challenging social issues, and the chaotic U.S. presidential election.  I am not sure there has been anything in recent history that has upset our peaceful daily lives more than these terrible issues.  The fear of uncertainty has made many people feel anxious and depressed.  This kind of pressure and stress over such a long period has made some people lose their tolerance to always accept the values of those around them.  The result is a nation that is divided.

The severity of the discrimination addressed by Black Lives Matter and the LGBTQ community was thrown into relief last year.  Many of us witnessed on television how the precious life of a Black man was taken when a police officer in Minneapolis used an inappropriate method of restraint on him.  This behavior with no show of mercy was shocking to the nation.  There have been many incidents involving police officers, including unjustified arrests, use of violence, and the deaths of Black citizens.  American children of color suffer from fear and anxiety because of the chronic racism against Black citizens embedded within American society and history.  For these reasons, the BLM movement has become more active, and thousands of people have joined together to protest this injustice and call for drastic police reform.

At our Temple, we offered a BLM workshop during which we offered our deepest sympathy to all the victims and their bereaved families and then talked about how we might eliminate discrimination.  In this workshop, I learned that there is a problem with the phrase, “All Lives Matter” (ALM) which has often been used against the BLM movement.  Of course, the idea of racial equality is very important.  However, from the Buddhist perspective, the reason why Buddhism teaches that everyone is equal is because all people have Buddha nature and are capable of becoming a Buddha.  In that sense, everyone is equal.  Although the true nature of human beings is the same for each of us, if we assume that everything is always exactly the same and should be treated in the same manner under any condition, we would be making a big mistake.

For example, suppose that two people are drowning in a pond.  A man nearby sees their plight and dives into the water to save both of them.  One is a man who appears strong enough that he will have more time before his head sinks below the surface.  The other is a woman without any energy and whose head is on the point of going underwater.  The rescuer swims immediately to the woman and holds her, so that she won’t go underwater.  But when the drowning man sees that the woman is being rescued first, he yells, “Hey, all lives are equal!  So save me at the same time!” and grabs onto the rescuer.

Now, please think about this scene.  The rescuer cannot bring both to shore at the same time.  Even if he tries to do so, he cannot save both the woman and the man.  This means that even the lives that could have been saved may not be saved.

Looked at this way, the BLM movement is the cry for help of the person who is exhausted and on the point of sinking.  ALM, on the other hand, ignores the situation of the woman most in need of help, and belittles the rescuer’s efforts to save her.

Needless to say, all lives are equal and irreplaceable.  Discrimination is a big problem not only for Black people, but for all races including the Asian community.  All of us people have experienced unfair treatment at one time or another.

Instead of confusing the different issues by insisting that all lives are equal, it is more important for us to stand together against racial injustice and share the tears of sadness and suffering of the Black community.  And, we should discuss with our families and within our community how foolish it is to have a stereotype, prejudice or discrimination against a particular race.

The root of discrimination is the arrogance that makes one think highly of oneself in comparison with others.  The wisdom that Buddhism seeks is the mind of non-discrimination that removes our tendency to compare all things.  If we gain such a mind, we can recognize one another as ordinary people and realize that there is no reason to confront and blame each other anymore.  More than this, it will be clear to us that we must help and support one another.

Even during the time of Sakyamuni Buddha 2,500 years ago, a caste system – discrimination by social class – was well established.  Discrimination of all kinds has long been part of human history.  Sakyamuni Buddha rejected the caste system outright because the concept of the superiority of one group over another cruelly denies the value of existence of all others.  Sakyamuni Buddha said, “Not by birth does one become an outcast; not by birth does one become a Brahmin.  By deeds one becomes an outcast; by deeds one becomes a Brahmin.”  In other words, our value is not determined by race nor religion, but by what our actions are.

All of us are capable of an ugly self-love that feels superior by looking down on and denying the equal importance of others.  However, a person’s act of discriminating against others based on race or religion devalues the value of his own existence and makes others despise him.  Therefore, we should be responsible for our behaviors.

Although it is most difficult to escape our shameful and miserable self-love, we should look deep into our own sense of discrimination that exists in our hearts and minds, so that we can realize the elimination of discrimination.  Let us always be willing to regard and reflect upon our selfish way of life, saying the Nembutsu as our mind’s mirror, and accepting all existence that has Buddha-nature.

I sincerely hope that 2021 will be a great year in which all of humanity will smile and be hopeful.