A Life Transformed by the Nembutsu 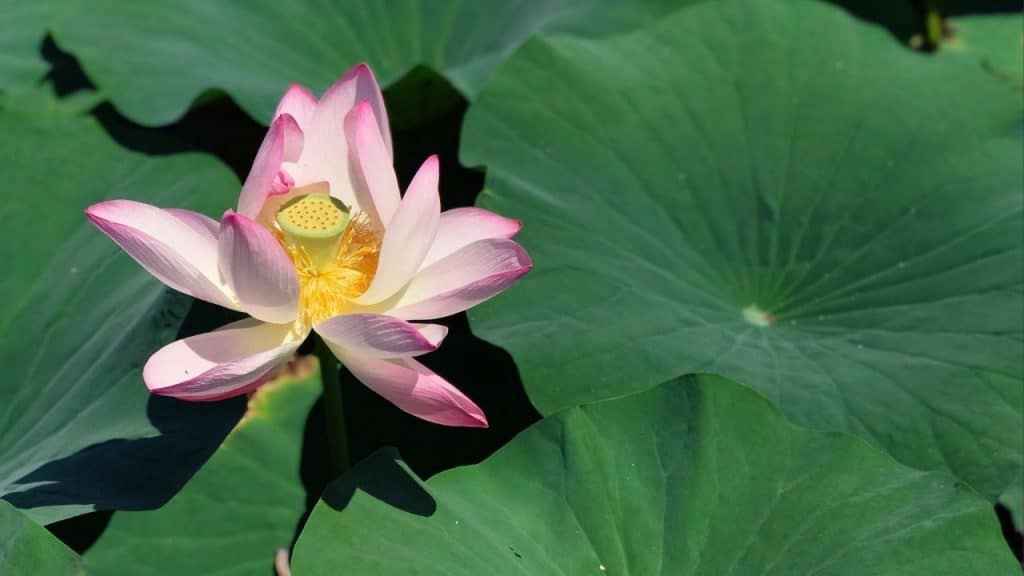 We had our annual Girl Scout Sunday Service last month. For this month, I would like to introduce Hisako Nakamura who was a true Nembutsu follower of Jodo Shinshu. She was called the Helen Keller of Japan because she also was a great woman who lived her life with an intense effort and spirit despite her physical handicaps.

Hisako was born in 1897 in Takayama City, Japan. Unfortunately, when she was three, she was stricken with Buerger’s disease—a kind of severe frostbite—on her hands and legs. Because they turned to gangrene eventually, Hisako had to have both arms amputated to just above the elbow; and both legs to just above the knee.

Sadly, that was not her only misfortune. Hisako’s father died unexpectedly when Hisako was seven. Her mother remarried, but her stepfather abused Hisako terribly and she lost sight in both eyes due to the stress of this terrible experience. She was also bullied by her stepsiblings. Because she had no hands, Hisako could only eat like a dog does, only using her mouth. So they teased her constantly, saying, “You are a beast!” In her despair, Hisako’s mother planned to attempt suicide by jumping from a bridge with Hisako in her arms, but she stopped upon hearing Hisako’s cry, “I am scared!” Soon after, Hisako somehow recovered the sight in her both eyes. However, when her mother realized that they couldn’t rely on anybody to help them in their sad situation, she became determined to train her handicapped daughter to live independently. It is said that Hisako’s mother became so stern that it was as if she had turned into a different person.

She challenged Hisako to do everything by herself: sweeping, cooking, washing clothes, and so on. She never allowed Hisako to say, “I can’t do it!” Hisako cried over her mother’s sternness every day. But Hisako was also very strong-willed. With practice and more practice, she learned to do anything she had to without any help. For example, she taught herself to eat with chopsticks by wrapping gauze around her arm stumps. She mastered it because she didn’t want to be called “beast” by others anymore. And when ordered to sew, she had to figure out how to tie two threads together and how to thread a needle. With repeated trial and error, she was able to do these things herself. First, she used her tongue to tie two threads together in her mouth. Then while she held a needle in her short arm stumps and held  the thread in her mouth, she pushed the thread through the needle’s eye. By pressing the cloth against the floor with her arm stumps, she sewed the pieces together by holding the needle with her lips and moving her head up and down. Eventually she was able to make kimonos and dolls using this method.

She also taught herself to write by gripping a pen or writing brush in her mouth. And she taught herself to cook and prepare food by holding the knife and utensils under her arm. Her mother’s harsh training forced her daughter to use her creativity, and with constant effort and great spirit, Hisako mastered everyday tasks despite her physical limitations.

Her mother never allowed Hisako to give up, constantly urging her, “Do it until you succeed! The reason you cannot do it is because you are lazy!” I think that when her mother witnessed others’ heartless behavior towards her daughter, she realized that in order for Hisako to survive, she had to learn to do everything on her own. That is why her mother had to harden her heart and be very strict with Hisako.

It was because of this harsh upbringing that Hisako was able to grow up as an independent woman. Unfortunately, it also caused Hisako to hate her mother and lament, “She is not my mother! She is a demon!”

When Hisako became an adult, the only way she could make a living was to work at a carnival-like show. She was in a “Dharma Girl” freak show, demonstrating how she could do everyday things like writing and sewing despite having no hands or legs. But back in those days, society’s prejudice against anyone with physical disabilities was quite common, so Hisako had to suffer unbearable humiliation. Hisako later confessed that despite her remarkable independence, she constantly had thoughts like, “What did I do to deserve this?” and was convinced, “Everyone discriminates against me!” So fierce was her anger and frustration that she often imagined killing all those around her.

As it happened, one of the visitors to her exhibit one day was a famous calligrapher. He gave Hisako some words of encouragement, saying, “You should be a lotus in the mud.” Hisako’s misery was lifted by these compassionate words. Soon afterwards, she read the book Tannisho and became fully aware of Shinran’s words, “foolish beings filled with blind passions.” This is his famous teaching to accept your blind passions just as they are. These words made Hisako contemplate what her blind passions were. She recognized that the cause of her blind passions was her own body without hands or legs. It was also her deep regret over her handicapped state which made her kill countless people in her imagination and even hate her strict mother so much that she declared, “She is not my mother!”

With this profound realization, she understood that to accept blind passions meant that she must accept her handicaps just as they were. So she accepted her body just as it was, without comparing it to others’. In that very moment, her great lament, “I envy others. I have no arms below the elbow,” became instead her deep gratitude for the reality, “I have arms above my elbow!” What the Nembutsu taught Hisako was not the world of complaint, “I have no arms below the elbow,” but it was instead the world filled with joy and gratitude, “I have arms above the elbow!”

A lotus grows in the mud but its flower blooms beautifully unpolluted high above the mud. Until she found the Nembutsu teaching, Hisako not only hated her body, but she killed countless people in her imagination because of her anger and jealousy. It was as if she was living a polluted life. But by accepting her own body just as it was, guided by the Nembutsu teaching, Hisako stopped complaining about her shortcomings and instead was able to rejoice in the fact that she has arms above her elbow.

She also was able to accept the fact that it would have been impossible to live independently if she had not been trained so harshly by her mother. She finally was able to see that the unbearable experiences she had suffered in her childhood were the other side of her mother’s deep love for her. Although she had once hated her mother as a demon, she couldn’t help but now regard her mother as a compassionate Bodhisattva. Hisako was even deeply grateful to her body’s severe limitations because they had led her to encounter the Nembutsu teaching.

In 1937, Helen Keller visited Japan to give a lecture. During her stay in Japan, she was introduced to Hisako. She learned that Hisako had no hands or legs and was very impressed by her great effort and spirit to overcome the difficulties she faced. So she praised Hisako, acknowledging, “She has suffered more misfortune than I, yet is a much greater person,” and gratefully accepted a Japanese doll which Hisako had lovingly made.

Hisako was able to acknowledge that it was her disability which made it possible for her to create such a wonderful life. Her great determination gave many others she met the courage and hope to overcome their own difficult situtations.

In her later years, Hisako visited different places throughout Japan like women’s associations, schools, temples and prisons. She did this to encourage others who had struggles of their own. She devoted her lectures and writing activities to the establishment of the Law for the Welfare of Physically Disabled Persons. After her death, she left behind many famous poems and quotes which still inspire others. Among them are these words: Human life is quite mysterious. The only certain things are that we are alive and that we do not live alone. There is always a way to live any life which allows us to live without despair. There is never despair in any life.

By encountering the Nembutsu teaching, Hisako’s life of anger and complaint was transformed to one of finding joy and gratitude in any situation. She rejoiced in “she has” and no longer lamented, “she doesn’t have.” Hisako was a true Nembutsu follower who made her own lotus flower bloom beautifully above the mud.