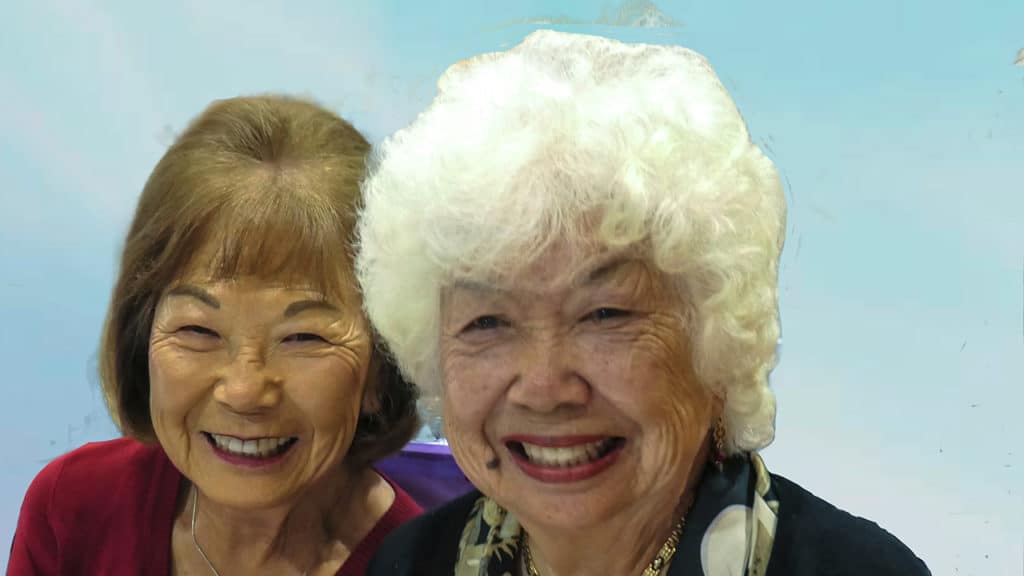 San Jose Japantown in the 1930s was a thriving community serving the growing Japanese-American population in Santa Clara County.  Carrying on traditions from Japan, families enrolled their nisei sons and daughters in classes for nihongo, kendo, karate, koto and odori.  Social occasions were often through kenjinkas, which were groups of Issei immigrants based on Japan prefectures.  In December, families prepared mochi (rice cakes) and enjoyed bowls of ozone (a traditional broth prepared for the New Year).  As the new year approached, families would busily prepare refreshments and open their homes to receive guests, most often men, for oshogatsu, wishing all well for the upcoming year.  For many, the Methodist and Buddhist churches were key centers that contributed to their regard of “Nihonmachi”.

By 1944, the Sukeichiro and Osai Miyakusu family, which included seven children – Harry, Toshiko, Hideko, Kimiyo, Kenji, Jeanne and Bob – had established a vegetable and berry farm in San Jose.  The children attended San Jose High School (on San Fernando Road) and were members of the North YBA.  Sadly, Sukeichiro’s wife passed away in 1950 when Kimiyo was just 20 years old.

Growing up in the San Jose community of Japanese-Americans, Kimiyo Miyakusu enjoyed sports, such as basketball, baseball and volleyball.  While attending drafting and design classes at Heald College, she helped on the family farm.  As often happened with Japanese names, friends and family called her “Kimi.”  She especially enjoyed socials like dances organized by the Young Buddhists Association (YBA).  It was at one of these where she met Henry Minoru Nishimura.  They both attended dances held at Peter Burnett Junior High School (renamed to Ohlone Middle School in 2019) and group parties at the beach.

Kimi remembers that “We had a lot of dances…we had north YBA, south YBA, west YBA, San Jose YBA, Mountain View YBA, we had tons of YBA’s, in those days.”

At the young age of 23, Kimi married Henry in 1954.  While Kimi took care of their home, Henry worked as a machinist.  Soon, children filled their home with eldest daughter Lori (Rene) Cramer, daughter Lois (John) Arao and son Craig (Diane Nomura) Nishimura.  Having had training as a seamstress, Kimi sewed dresses for her daughters.  Today, the family has expanded to include grandchildren—Scott (Sally) Cramer, Jeff Cramer, Erin Nishimura, Kelly Nishimura and Jenna Kumamaru.

It wasn’t until after they met that Kimi and Henry discovered that they were both at Heart Mountain Incarceration Camp during World War II.  Interned Japanese-American families mustered up the courage to persevere and worked to “normalize” life there.  Sukeichiro and Osai Miyakusu were assigned to the mess hall where Sukeichiro washed dishes and Osai worked as a waitress.  As a larger family, the Miyakusu family was given two rooms.

Whenever possible Sukeichiro passed the time carving wood.  Many years later, Kimi shared these artifacts with school children when her friend Amy Imai recruited her on special visits to local schools to inform the students about their internment under Executive Order 9066.

It was at Heart Mountain that Kimi Miyakusu met a lively young girl named Amy Imai forging a bond for life.  Together they played various sports and simply spent time with the other teens.  When the war ended, the Miyakusu family emigrated back to the San Jose area and reconnected with friends of the San Jose Japanese-American community.  Although Kimi had lost touch with Amy during this time of resettlement, they were later able to rekindle their friendship through the Mountain View Buddhist Temple.

By 1957, the Nishimura family of five settled into Mountain View.  While there, a visit by Mr. Asada (Virginia Asada’s father) got them to join a group meeting for Sunday worship at the Tri-City Association building located in the City of Mountain View.  Reuniting with her good friend Amy, Kimi helped where she could.  Along with Amy, Kimi taught the 3rd grade class on Sundays, during which time the Nishimura children attended Dharma School at the Mountain View Buddhist Church.

Henry came down with Parkinson’s disease and the situation took a heavy toll on the family.  Kimi provided the primary care and support for her best friend, husband and life-long partner.  In 2008, Henry passed away peacefully.  Kimi and Henry were married for 53 years.

To keep busy, Kimi agreed to help staff the MVBT office.  Soon after, she also joined the oasaji group to chant and assist with setting up the onaijin in the Hondo.

Around 2008, along with friends Amy Imai, Aiko Sugimoto, Keiko Morita, Miyo Takegami and others, Kimi became a member of MVBT Buddhist Women’s Association (BWA).  She recalled that when they were many years younger, the elder Mrs. Sasaki had tried to recruit them, but they were not ready to settle into “fujinkai” status.  Instead, they would assist the fujinkai as needed and focused on volunteering with the Dharma School.  In 2011 Kimi became president of BWA and currently serves as its historian.

Ultimately, the success of functions at the Temple depends on the goodwill and skills of individuals like Kimi.  Without such persons, activities such as MVBT Dharma School, staffing the Temple office, various Temple fundraisers including the annual Obon Bazaar, the 50th Anniversary Celebration in 2011, a variety of BWA activities, participation in Oasaji, and helping with Thursday Senior Activities Group would not be possible without their practice of dana for the benefit of the Sangha.

Kimi Nishimura stays well in her home during the COVID-19 pandemic shutdown.  Her children communicate with her daily.  After 16 months, California state’s pandemic infection rate has improved enough for the lifting of some restrictions.  Twice a month, Kimi sets aside her sudoku booklets at home to venture out and join Julie Ushiba and other friends for lunch at The Bell Tower restaurant in Los Altos.

In appreciation of her dedication to family and friends and for the MVBT Sangha, we are thankful to know Kimi Nishimura.