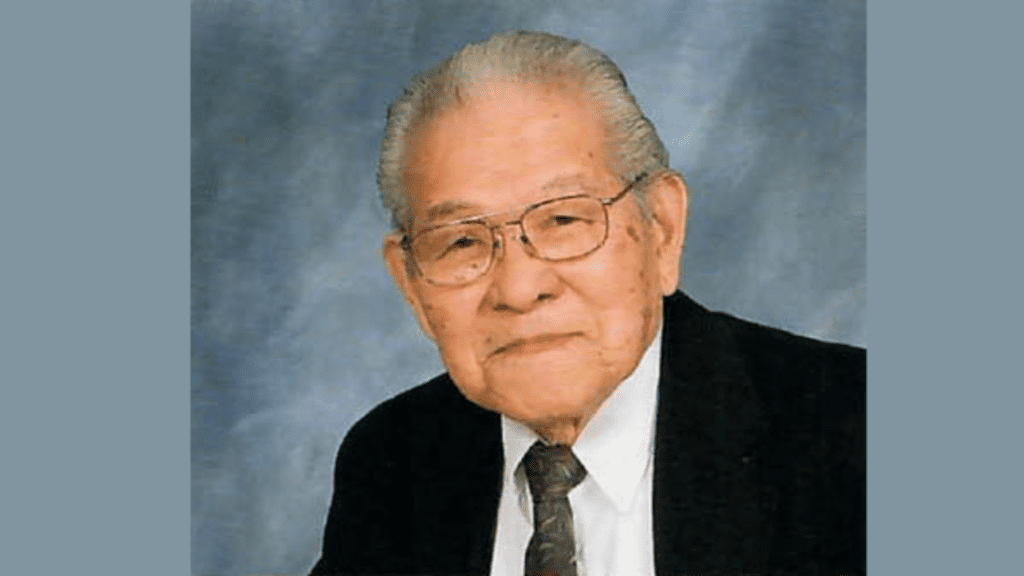 On May 8, 1940, 19-year-old U.S. citizen George Akira Makishima arrived at the Port of San Francisco on the S.S. Tatsuta Maru ocean liner.  He was returning from Japan where he had lived with his paternal grandparents for nearly a decade.

Born in Elk Grove, California, George’s life was filled with life-changing events at an early age.  His parents, 19-year-old Chiyeno Takemoto and 25-year-old Kiyoshi Makishima, divorced before he was one-year-old, each going their separate ways and leaving him with his paternal grandparents as Japanese custom dictated.

His mother moved to Sacramento where she ran the Star Rooming House at 510 J Street.  She remarried and had two more children.

His grandparents, Tsunosuke and Mitsuo Makishima, lived in Perkins where they had a small strawberry farm.  George helped on the farm, went to Japanese language school and attended Washington Elementary School.  The strawberry season had been good and they had made some money.   He had just begun sixth grade when his grandparents decided to return to Japan.  On October 19, 1934, George boarded the S.S. President Lincoln ocean liner with his grandparents, an aunt and an uncle.

George is in the middle.
Photo taken in Hawaii in 1934 during his voyage from the United States to Japan

Their final destination was Yamaguchi prefecture where they planned to live out their lives.  As he neared his 20th birthday, he faced a serious decision.  Japan and China were at war.  Japanese army training began in high school.  By graduation, participants had reached second lieutenant ranking.  As a foreigner, George would have been pressured to sign paperwork relinquishing his U.S. citizenship and would have probably been drafted into the Japanese army and entered the war.  George said to his grandparents that, “I don’t want to go to war.  I want to go back to America.”  His grandfather told him he was old enough to make his own decision and urged him to find his mother.  Whatever the reasons for the divorce, he said, “Don’t blame your mother.  Just go and visit her.  I’m sure she’ll be happy.’”  The last time George saw his grandparents was at the port in Kobe, Japan.

Upon arrival in San Francisco on May 8, 1940, George was taken to the Angel Island Immigration Station.  He was on his way to live with his uncle in Penryn.  But his plans were delayed and he spent nearly three months at Angel Island when he could not produce any documentation of his U.S. birth.

Photo found in US government file discovered by a reporter

“I was in a huge room with a window way up in the high ceiling.  You couldn’t see the view.  Nothing.”  He was even denied access to the exercise yard and recreation room.  With his life and future up in the air, George even considered returning to Japan, “I’m not used to this kind of life.  It’s just like a prison.”

One memory that stands out was seeing German people in the next room as he passed through to go to the bathroom.  He later learned they were prisoners of war.

Meanwhile his uncle was trying to get George released without much luck.  He knew where George was born, but he didn’t know what year or month.  So, his application got rejected.

When the Immigration and Naturalization Service began to consider sending him back to Japan, his uncle had no choice but to contact George’s mother.  She agreed to help and traveled by train to San Francisco.  In May 1940, he was interviewed with his uncle and his mother, who provided proof of his U.S. birth.  When his immigration application was approved, George moved to Penryn where his uncle had a fruit orchard.  He worked there until the season ended, then went to Lodi to pick grapes.  From there, he moved to a potato farm outside of Stockton.  In 1941, finding himself in an exclusion zone, George went back to his uncle’s house in Penryn until that area was also zoned and they were ordered to report to the Marysville Civilian Assembly Center.

There he stayed for several months until he volunteered to work on a sugar beet farm in southern Idaho.  He was then interned at the Minidoka Camp near Twin Falls, Idaho.

After the sugar beet season ended, George got a job driving a truck.  “I got a chance to go out to pick up food and supplies at the railroad station and drive back to the camp.”

While at Minidoka, George used a skill he had learned in Japan.  “In Japan I took Judo.  I was a second-grade black belt.  In camp, I taught that to the younger bunch.  I still didn’t like staying in the camp, you know, I wanted my freedom.”  He found a job at a mining camp in Utah where they mined gilsonite, a natural asphalt found only in the Uintah Basin.  The mining crew was made up entirely of Japanese and American Indians.  Next, George got a seasonal job in Wyoming, cutting timber for railroad ties, where the car crews were all Japanese.  Through this job, George got a reprieve from the army.

After the war, George moved to Denver where much of his family had settled, including his mother who had bought a small hotel.  George met his future wife in Denver when he answered an ad in a local newspaper placed by the Sugimoto family who needed a farm helper.

The Sugimoto family and George moved to California in the mid-1940s.  George married Kazuko Sugimoto and they had four children.  The second son, Ted, passed away at birth.  While George and his wife, Kazuko, lived in the Bay Area, he worked in the dry-cleaning business.  He was a very hard worker; five days at the dry cleaners, Saturdays gardening, and Sundays sharpening lawn mowers on the side.

George eventually bought his own business, Betty Brite Cleaners in Sunnyvale, which he ran for over 20 years.

Until recently, George continued to participate in a local “shigin” group affiliated with MVBT.  (Shigin is a traditional form of Japanese folk singing.)  His other favorite pastimes included fishing, gambling in Reno and Las Vegas, and playing/studying horse racing.  George remembers the day at an ABA sponsored Bay Meadows outing, he picked a long-shot Exacta (1st & 2nd place winners) for the ABA members.  ABA members pooled $20 each and a total ticket payout was over $8,000; each member made over $400. They practically carried him out on their shoulders!

George’s fondest memories at MVBT are:

In addition to his three children, George has eight grandchildren and six great-grandchildren.  He is currently enjoying retirement while watching his Japanese DVD movies, NHK news, and listening to old Japanese songs.  Unable to help out at the Temple anymore, George hopes that his children, grandchildren and great grandchildren will continue their support of MVBT.  The Temple has given George and his families so much for so many years.